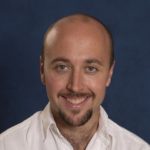 British/Swiss baritone, Richard Burkhard, studied at the Royal Conservatoire of Scotland, and in Italy under Maestro Carlo Bergonzi. He is a previous recipient of the Decca Prize at the Kathleen Ferrier Vocal Awards, and winner of the Royal Overseas League singing competition.

He has sung for all the major UK opera companies. Highlights include the title role in Gianni Schicchi and Sir Despard Murgatroyd (Ruddigore) at Opera North, Papageno (Die Zauberflöte) and Dandini (La Cenerentola) for Scottish Opera, Marcello (‘La Boheme’) and Mahmoud (The Death of Klinghoffer) for English National Opera, and Levite (Solomon), at the Royal Opera House.

He has also recently appeared as Faninal (Der Rosenkavalier) for Garsington Opera, and Major General Stanley (Pirates of Penzance) at Opera Holland Park. Roles elsewhere include Garibaldo (Rodelinda) at the Bolshoi, Moscow, for which he was nominated for a Golden Mask Award, Harry Easter (Street Scene) at Teatro Real, Madrid, and most recently Junius (The Rape of Lucretia) for the KammerAkademie Potsdam. In concert he has sung with, amongst others, the Orchestra of the Age of Enlightenment in the role of Joabel in Charpentier’s Davide et Jonathas and the Witch in Purcell’s Dido and Aeneas. He has recently recorded the role of Jupiter in Semele by John Eccles with the Academy of Ancient Music. This is his second appearance with Saffron Opera Group, having performed the role of Amfortas in Wagner’s Parsifal.