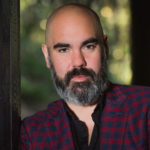 British Tenor Ben Thapa  studied at the Guildhall School of Music and Drama, the Royal College of Music and the Wales International Academy of Voice, supported by the Musicians Benevolent Fund, the Wagner Society and the Joaninha Trust. Currently, Ben runs a busy diary on opera and concert stages across the UK and abroad.

Recent successes include the role of Arbace (Idomeneo) at the Buxton Festival, Siegfried (The Quest for the Ring) at the Royal Festival Hall and for Opera North) and concert performances at the Royal Albert Hall, Royal Festival Hall, St Martin-in-the-Fields and Birmingham Symphony Hall. Ben has performed several recitals at Leeds Town Hall, including the première of Simon Lindley’s Five Hymns to the Virgin.  Recordings include Matt of the Mint in The Beggar’s Opera for Chandos together with a strong cast of members of the Royal Opera House.

Current and forthcoming highlights include the cover of Florestan (Fidelio) for Welsh National Opera, the cover of Anatole (War and Peace) for Welsh National Opera’s residency at the Royal Opera House, Monostatos (Die Zauberflöte0 for Opera de Bauge, Haydn’s Creation in the Royal Hall, Harrogate, performances of Schubert’s Winterreise and Wagner’s Wesendonck Lieder, Beethoven Symphony No 9 at St John’s, Smith Square and Handel’s Messiah with the CBSO.