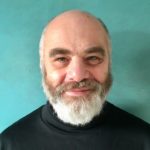 Andrew Greenan is proud both to have sung the role of Hans Sachs in Saffron Opera Group’s inaugural performance of Die Meistersinger von Nürnberg, and to have appeared in the SOG Ring Cycle as Wotan (Die Walküre) and Der Wanderer (Siegfried). His earliest experience of Parsifal was as a member of the Bayreuther Festspielchor as a student and since then he has gone on to sing no less than four rôles in the opera, of which Gurnemanz is naturally his favourite!

Recent appearances have included the Mozart Requiem at the Royal Festival Hall, the Verdi Requiem in the Chapel of King’s College, Cambridge, Commendatore (Don Giovanni) for Angers-Nantes Opéra and Swallow (Peter Grimes) with Bergen Philharmonic under Edward Gardner at both the Bergen and Edinburgh Festivals, as well as at the Palau de les Arts Reina Sofía, Valencia. He sang the central rôle of the Baron of Lindenberg in the première recording of Raymond and Agnes by Edward J Loder conducted by Richard Bonynge and was also seen at Glyndebourne as Ghost of Old Hamlet/Gravedigger/Player King in the inaugural production of Brett Dean’s Hamlet.