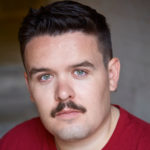 Born and raised in London, lyric tenor Ted Black is currently in his final year of postgraduate study at the Royal College of Music, under the tutelage of Alison Wells and Caroline Dowdle.  At the RCM, he is the Douglas and Hilda Simmonds Scholar, supported by the Mason Scholarship, having previously graduated with first class honours from the Royal Conservatoire of Scotland.

A keen interpreter of art song, Ted gives recitals up and down the country, with his duo partner, Rachel Fright. Finalists at last year’s Oxford Lieder Young Artist Platform, they look forward to embarking on a recital tour in March 2020 of works by female composers, to celebrate International Women’s Day.

Ted has enjoyed successes in numerous competitions, recently winning first place in the 2019 Lies Askonas Competition, and was highly commended in the 2018 London Art Song Competition. While studying in Glasgow, he won the Governors’ Recital Prizes for both singing and chamber music, the Florence Veitch Ibler Oratorio Prize, and the Jean Highgate Scholarship for Singing. He was also awarded second place in the inaugural Leonie Kayser Prize for Singing, and represented the RCS at the Kathleen Ferrier Bursary Competition in 2015.

Future engagements include concerts at this year’s Oxford Lieder festival, and Child of Our Time at Chichester Cathedral.