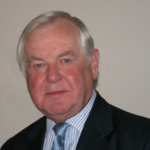 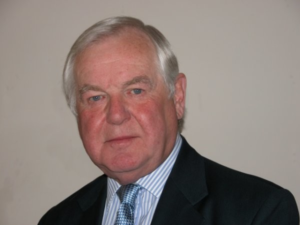 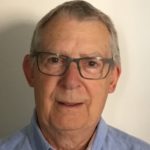 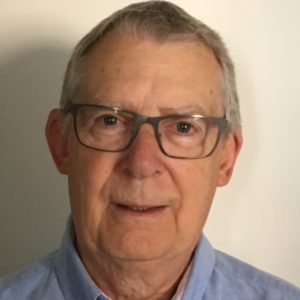 Paul Garland spent his professional life in education. Throughout his career he has been a keen choral singer and a lover of all forms of classical music.

His passionate interest in opera dates from a visit to a fog-filled Sadler’s Wells Theatre during the Great Smog of 1952 to see a performance of Cavalleria Rusticana and Pagliacci. His great love of Wagner was turbo-charged by the historic Goodall performances of Die Meistersinger and the Ring Cycle.

He feels very lucky to be involved in bringing the superb concert performances of Saffron Opera Group to an ever growing audience. 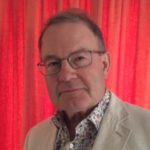 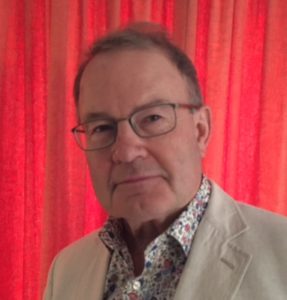 Jeff Thomson has varied musical interests.  He started learning the piano aged 9 and was first taught by his father.  He later studied at the Royal Birmingham Conservatoire under Mary-Louise Taylor, attaining a music degree and an ABRSM Diploma.  Currently, he teaches the piano in north-west Essex and is a member of the Saffron Walden Choral Society.  He is also an accompanist, and plays chamber music with colleagues, giving regular concerts in the area.

His concert management experience was gained with SWCS.  This included many concerts at St. Mary’s Church in Saffron Walden, choir tours to Europe, and the transfer to Saffron Hall, its current venue for concerts.  He joined Saffron Opera Group as concert manager for its first Wagner Opera, Die Meistersinger, and later managed its acclaimed Ring Cycle, completed last September.

Elaine’s Wagner repertoire encompasses all the Ring Cycle roles for her voice type as well as Isolde, Kundry, Adriano and Ortrud.

Having worked with Elaine numerous times at Edinburgh Opera Players, conductor Michael Thorne was well aware of her credentials and had no hesitation in recommending her to Paul Garland and Francis Lambert of Saffron Opera Group as the Casting Advisor for their new company. The rest, as they say, is history! It has been – and continues to be – a successful partnership, with reviews including:

“I cannot comment on everyone but you are unlikely ever to hear an ensemble to better SOG’s Gods, Goddesses, Nibelungs, Giants, and Rhinemaidens” (Jim Pritchard – Seen and Heard International- reviewing Das Rheingold in 2015)

“As for the cast, I have to reach back to memories of Karajan’s days at Vienna, with Vickers and Nilsson and Hotter, for a Die Walküre that was overall as well sung as this.” (Paul Dawson-Bowling in Wagner News reviewing Die Walküre in 2016). 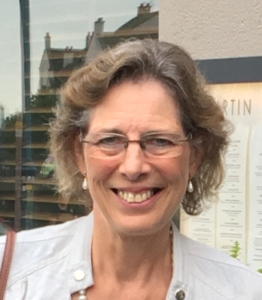 Years ago, Michael Thorne earned money playing and teaching the bassoon. He spent the 1980s conducting the Cardiff Chamber Orchestra and the City of Cardiff Symphony Orchestra as well as playing in the Spinosus Wind Quintet. In the 1990s he conducted the New Tyneside Orchestra and the Tynedale Symphony Orchestra. He is Musical Director of the Ellesmere Orchestral Society’s residential course – which he has conducted since 1992 – where he explores the modern symphonic repertoire including in the last few years Rautavaara’s Symphony No.8, Lutoslawski’s Concerto for Orchestra, Messaien’s Turangalila Symphony and Panufnik’s Symphony No.5.  Between 2001 and 2013 he conducted a Wagner opera a year with the Edinburgh Players Opera group, including two complete Ring Cycles, Tristan und Isolde (twice), Parsifal (twice) and Die Meistersinger von Nürnberg followed by Der Rosenkavalier in 2014, Die Frau Ohne Schatten in 2015 and Tannhauser in 2016 (with Elektra following later in 2017). For Palace Opera he conducted Ariadne auf Naxos in July 2017 and for the Saffron Opera Group he has conducted Die Meistersinger (2014), Stravinsky’s The Rake’s Progress (2015), Das Rheingold and Die Walküre (2016) and Siegfried (2017) to critical acclaim (‘totally at one with the dramatic spirit and architecture’ – Seen and Heard International; ‘sure-footed conducting …meticulous preparation’ **** – The Guardian).  He retired as a full time academic in 2016.